Let us Bring Back our Heritage

A contribution by Sustaining the Wild Coast

Sustaining the Wild Coast supports the struggle of the Amadiba people to protect their land and land-based livelihoods. Based in Eastern Mpondoland, Eastern Cape Province, South Africa. 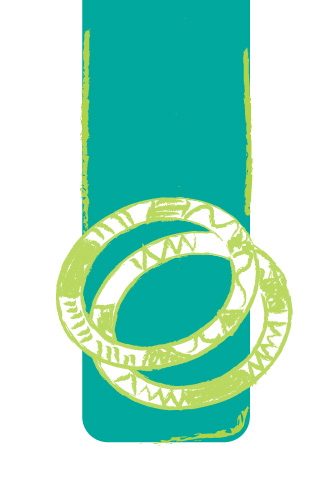 Consumption within a complex cultural web

Consumption is not an isolated topic. It sits within a complex cultural web that determines both access to goods and services – and the accompanying resource base – and which ones are valued or not. Increasingly the community-level cultural web is influenced by the forces of modernity and globalisation, shaping perceptions of value.

It is critical that indigenous ways of knowing and being in the world are acknowledged and asserted or when necessary (re)awakened and their message amplified to act as a framework for a sustainability transition that supports both ecological and social justice.

“We fish and farm. We have cattle for weddings and traditional rituals. We are not among the quoted one out of four South Africans who go hungry to bed.”

(Re)affirming the value of local culture

Sustaining the Wild Coast is known as Masibuy’emasisweni (“Let us bring back our heritage”) in the Amadiba community where it works to support the community’s commitment to protecting their land, livelihoods and culture against the destruction and disruption that would accompany government-imposed megaprojects of mining and highway construction.

Our work focuses on documenting and elevating the status of indigenous knowledge systems through awareness-raising activities and training youth in land custodianship to encourage them to value and protect the heritage of their land and land-based livelihoods on which their families have depended for centuries.

Land is fundamental to the lives and culture of the Amadiba but is threatened by highway construction and mining.

Like many other indigenous communities, the Amadiba have not been spared the impact of Westernisation on their culture, particularly their food systems. Nowadays, people, especially the youth, aspire to eat Western foods and enjoy a ‘modern’ lifestyle. 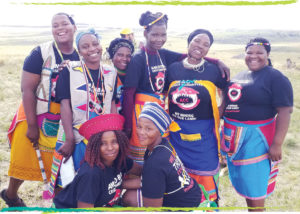 The colorful traditional dress of the Amadiba is an important part of their cultural heritage. Credit: Margie Pretorius

Over the past 30 to 40 years, local diets have shifted from locally grown, nutrient-dense foods to processed foods supplied through supermarkets. The food system is also being shaped by the South African government’s adoption of the industrial farming system, which includes the use of commercial fertilisers, pesticides and genetically modified seeds.

The industrial system erodes smallholder farmer and community ownership and safeguarding of the means of production – such as indigenous and farmer seeds and chemical-free soils – and the knowledge about them that has been built up over centuries.

It is critical that the valuable arable land in this region is kept in the protective custody of resilient farming families to support local food and nutrition security. To a large degree, this will rely on protecting and sharing the indigenous knowledge systems and practices that have built the resilience of households and communities in the past.

The Amadiba have much to teach the modern world regarding sustainable food production and consumption.

The Amadiba knowledge challenges us to reconsider dominant development models and to critique the way in which the notion of modernity destroys social fabrics and devastates the natural environment.

We wanted to expose and enthuse youth about the rich history of their communities, to document and archive this knowledge for outside researchers, and, importantly, to inspire young people to re‑imagine their future. Fifty-one young people have been trained to record and transcribe stories from community elders about how they used to farm when they were young, what crops they grew and food they consumed.

Six young people are being trained in participatory video, which is a methodology that uses videography to facilitate community empowerment and social change. The youth make and screen the videos in the community to spark debate around various topics of interest. Their nutrition video has raised local awareness of the need for nutritious diets and how indigenous vegetables contribute to that.

These videos make visible the food system to those operating in it and those affected by it. Making visible the previously unseen empowers people to take control of their food system, and the productive resource base on which it relies.

Indigenous knowledge is traditionally passed down orally. It is important to collect and share this knowledge within communities, and beyond them.

It is difficult to attract young people to farming. In one of our projects, we focused on supporting 90 young people to farm a hectare of the traditional staple crops of sweet potatoes and amadumbe (wild yams). They received training on healthy nutrition and eating indigenous crops with higher nutritional value. 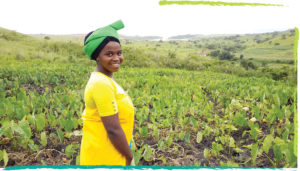 We have also supported the establishment of farmers’ forums in seven villages to facilitate the sharing of knowledge and information between farmers, and to enable learning exchanges with the outside world.

The forums have received training that affirms indigenous farming practices and builds on them with new agroecological/permaculture knowledge. These spaces have hosted several discussions related to concerns about industrial farming and genetically modified crops.

We are working to establish a resource centre in which the rich history and indigenous knowledge of the Amadiba people can be curated and shared with the wider world. We hope that this centre will become a place of learning and inspiration for local people and visitors from all over the world.